The Residence of Princess Ljubica 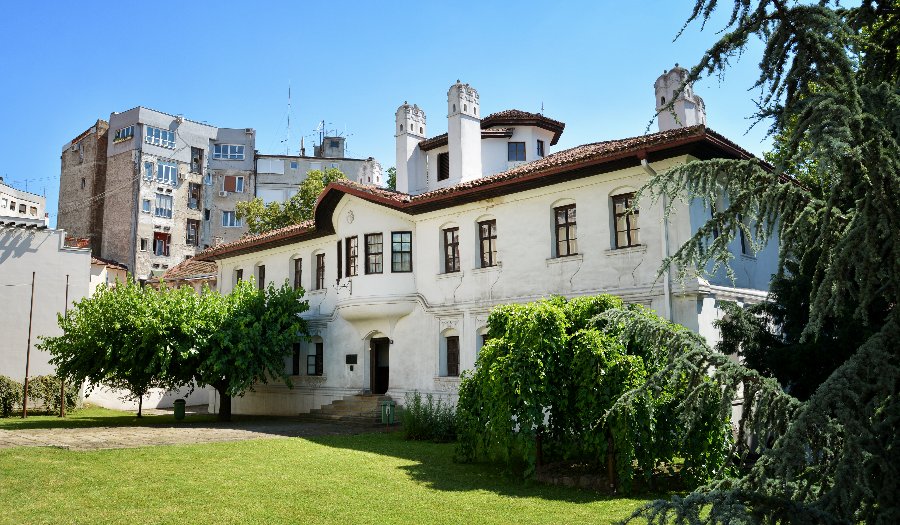 The Residence of Princess Ljubica is one of few buildings surviving from the first reign of Prince Milosh Obrenovic. It was built between 1829 and 1831 according to the project and under the supervision of Hadzi Nikola Zivkovic, the official architect of the Prince. The Residence was intended as a luxurious court of the Serbian ruling Obrenovic dynasty. However, as it was located in the immediate vicinity of the Ottoman Turks, Prince Milosh stayed there only occasionally. The Residence served its original purpose during the first reign of Prince Mihailo (1839–42), when it was used as the Prince's residence. After the expulsion of the Obrenovics from Serbia (1842), over the following 130 years, the building was repeatedly adapted to house various state institutions. In the 1970s, the Belgrade city authorities decided to turn it as a museum, in accordance with its historical, artistic and heritage value. After a restoration and reconstruction, in 1980 the Residence of Princess Ljubica became a satellite museum of the Belgrade City Museum. The permanent exhibition of the Belgrade City Museum titled "The Interiors of 19th-Century Homes in Belgrade" was set up in September 1980.

Permanent exhibition includes a representative selection of fine and applied art objects from the holdings of the Belgrade City Museum. The objects date from the 19th century and they are products of Western European and local artisan and industrial production. They belonged to the members of the ruling (Obrenovic) dynasty and prominent bourgeois families. The permanent exhibition illustrates the emergence and development of high bourgeois culture, as well as the way of life and the habitation style in the 19th-century Belgrade. By putting on display a wide variety of objects, the Residence of Princess Ljubica takes visitors on a time travel to old bourgeois homes, introducing them to the material and spiritual life of Belgrade's citizens in the past.