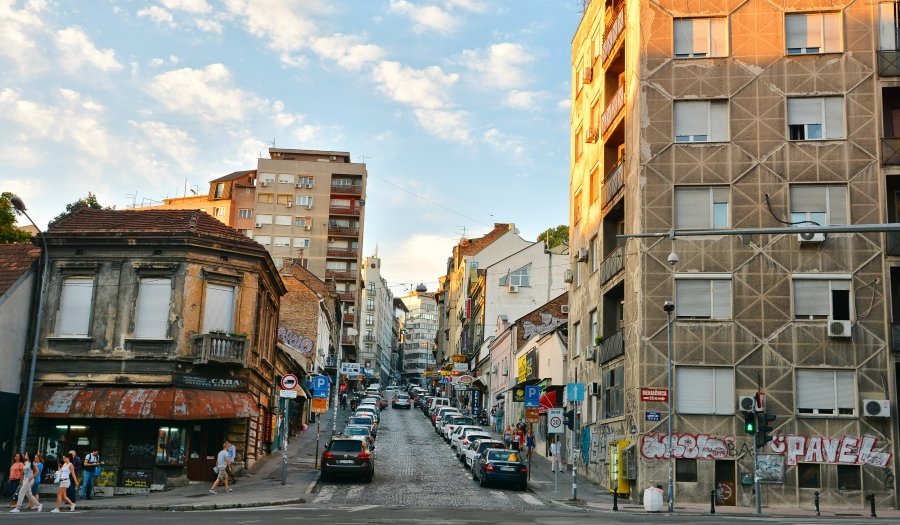 Steep. The most beautiful streets in Belgrade and this one have never been in the same story. And yet, everyone knows it. It is well-known. Especially to those who came to the biggest city of Serbia by bus in order to stay there. Still, there is something really special about it. Balkanska Street is among the rare ones that have not changed the name since 1872.

Ancient times and previous generations remembered it as the location where everything needed for living in the metropolis - clothes, bags, hats, but also ice cream and sweets typical for that time was bought. The craftsmen of all crafts also had their own shops. According to the unwritten rule, all these were family businesses and they all built a friendly relationship with customers.

There is no more famous tailor, there are not cobblers nor confectioners any more. The cinema is in the same place, but it does not work. Many things that were the symbol and the reason for coming for a walk down Balkanska Street do not exist any more.

The eighties brought new vibe and among the remaining craftsmen one of the first barbecue fast food restaurants in the city moved in. True Belgraders could not believe that someone was OK to eat in the street. Those who came to be taken over by the bright lights of the great city quickly adopted the trend. The smell of roasted meat and rich smoke became new features. There were no gentlemen in tailor made suits or ladies with a hat and lace gloves in the line. Of course, they ate at home or in restaurants. The new residents did not pay attention to criticism and they ate burgers. Neither the former nor the latter could dream of the fast food revolution coming. 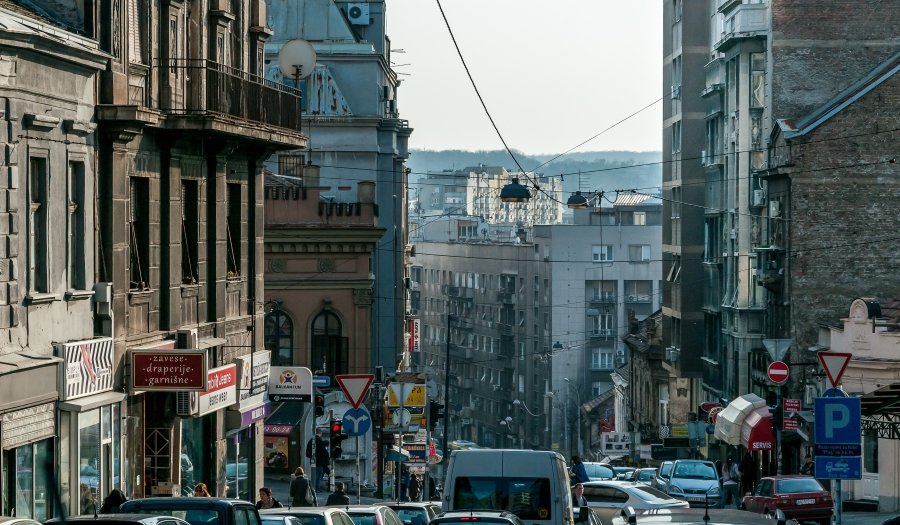 The confrontation of old and new, modern wave and pride of tradition is also noticeable along the whole street.

Irony, a set of circumstances, miraculous fate or something else, but in the street that was a symbol of handmade work, the first smart building in Belgrade was built. It was in 2005, when an intelligent building of business-residential type was ceremonially opened. It fits into modern urban aesthetics, but not in the energy of Balkanska Street. But this is the eternal conflict of generations. We cannot go back and we must go ahead. Whose rules are better, time will tell.

The street was completely adapted in 2018. The long works brought new sidewalks, trees and much more. However, it is still not in the best league. It does not need such a title. It was the epicenter of the shopping, the first task that must be passed or the shortcut to Terazije, has its own charm and irrepressible city spirit.